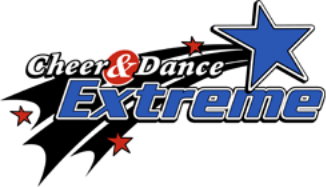 Cheer and Dance Extreme is excited about all of its participants, coaches and parents, however, some go above and beyond the call of duty.  The "Extreme Stars" Page is to acknowledge the winners of the 'Of the Year' contests and to celebrate the winners of the GRAND NATIONAL CHAMPIONSHIP Individual Competitions.

Cheer and Dance Extreme will occasionally feature a cheerleader, parent or coach that goes beyond the meaning of Sportsmanship.  Cheerleaders and Dancers not only have an effect on the competition arena, but many have worked countless hours in their communities as role models and positive citizens.  If you know a cheerleader, dancer, coach, parent or team that goes the extra mile and is a true example of SPORTSMANSHIP - please email CDE the details - the staff would be happy to showcase them on the Extreme Stars Page!

This award is very prestigious - awarded once a year for displaying Integrity, Enthusiasm and Passion for our industry!

If you are interested in College Scholarship money and will be a Graduating High School Senior, please contact us for further information.  Cheer and Dance Extreme crowns our Senior of the Year at The Grand National Championship by the Sea.  You may contact us at info@cheeranddanceextreme.com for a Scholarship Application.

﻿VIP of the Year﻿

﻿Coach of the Year﻿

Program of the Year